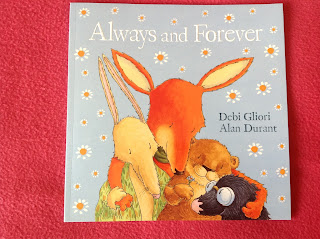 There comes a time in your life as a parent that you have to explain death to your child. In most cases you hope that they'll be old enough to understand and start to process the news but in our case Oldest One is only 4 years old (though he'd say he was nearly 5) and Youngest One is only 1 years old.

Death is of course all around us and is served daily by the news.  I must admit I don't tend to hide the news or switch channels unless it's grisly but it can give you pause to think. Not necessarily the images but the words used. Words that will infiltrate their all consuming sponge like brains. Oldest One has yet to ask direct questions coming from the news channels but I am sure that day is not far away.

However he has had to deal with death this week. For most kids the concept of death is an abstract kind of idea that only happens in films and cartoons. You know the kind of thing, Star Wars light saber action, lots of running around shouting at people "you're dead" or in his long explanations of play everyone gets their head chopped off.  In these modes I tend to vary my comments from "that's nice" to "hmmmmm if you chop some one's head they absolutely would be dead". When the death occurs in real life and in the family, it's harder to quantify to a near 5 year old.

We had a head start in some respects because my husband's father died whilst I was pregnant with Oldest One and when we took him to visit the grave last year we had made references to grave stones and what happens when you die. We say that you become a spirit and part of the earth, moon and stars. And you can see the person you love in the stars. So far so simple. We took him to the grave and he shouted "hello Grandpa, are you in there?" And then he asked "does he have a duvet and pillow?" We answered as best we could.

Now nearly a year on, we have had to explain that his step grandfather of whom he was very fond had died suddenly and unexpectedly.  In long discussions we had decided that I would tell him and then we could wait up for Daddy to come home. I asked  my mum how best to approach this and she came up with the goods. So I approached with caution and held my breath. I got Oldest One when he was eating a hot cross bun and said that something very sad had happened, his grandpa (for privacy I have used a generic term for grandpa and not Oldest One's name for him) had died. He immediately asked how and I said that his heart has stopped. Oldest One then said that he would now be a spirit and that we could see him again when we were spirits but that Nanna would see him first in the sky as a star. A slightly wobbly breath out from me. I had already informed his school who have been great and all has been ok in that front.

However at home things have understandably been odd. The following day he wrote a card to his Nanna and drew some pictures, we've had a few comments and then today he proclaimed, after asking about how your heart breaks, that "my heart is broken because grandpa died". He keeps asking what happens when your heart comes out of your body and can every one's heart break?

So these are the things I have learnt, with help from Winstons Wishes - a great website:

1. Be honest but use the most basic detail to get message across
2. I told him when he was occupied by eating, a task that requires no brain power. So choose your time carefully
3. Encourage questions but be prepared to answer them even if it it is "has Nanna buried him yet?"
4. I found the book in the photo really helpful but try not to sob when you get to the end.
5. Lots of hugs and love and a few tears are all ok.

Posted by recu-Parenting at Saturday, March 23, 2013 No comments:
Email ThisBlogThis!Share to TwitterShare to FacebookShare to Pinterest

Far be it for me to detract from such a worthy cause especially since Red Nose Day is celebrating it's 25th year of raising around £900 million since it started but it's bought out the competitor in me this year. And this is not good. I can barely let control go at the best of times but the school Bake Off Competion had me thinking of all sorts of great recipes until the news filtered through that this was a kids competition. Ok time to scale down those grand ideas. But give over control of the bake - shudder.

In the end I did have total control of the bake because let's face it kids and ovens don't mix. It was still experimental because I had never made this cake before. I made a coca-cola cake. Yes it was the real thing. I couldn't taste this creation because it asked for marshmallows and I'm a vegetarian. But I did hand over control of the decorating to my Mum and the Oldest One. Thanks to my friend AtNumber 29 who gave me a pot of red edible glitter (sorry I need to buy you more), I left the kitchen.

I kept returning but made myself leave. To give them a blank icing canvas I did make the buttercream icing and apply to a double layer cake. However what is it with red food colouring and turning icing dark pink. We wanted red red not pink red. We added small amount of cocoa powder, coca cola and even purple food colouring. It was still red pink.

How do you make icing of any variety red red? i used a who.e tube and more of red food coloring. Answers on a postcard please.

However red glitter saved the day as did the red glitter icing balls and the red nose Mum went out to buy. The lure of competion is so bad that Mum suggested I shouldn't be too worried if I, I mean Oldest One, didn't win. I gave her a look. Seriously how bad is that. A small charitable competition to raise money and I want to smash the competition. Hang my head in shame, with a wink and crossed fingers for luck.

So deep breath I present to you the coca cola cake with marshmallows and red edible glitter icing.

You gotta love a Monday. Actually I had good reason to bake today. UK Mother's Day was celebrated today as my lovely Mum was away so I wanted to bake something for her. Plus I do like making bread especially when I'm feeling rough and need to give something a good pounding. So bread and a red velvet cake that was in fact a very dark velvet cake!

This is a new addition to my posts. I decided to add photos of cake, bakes and breads I have made.  Not all the time and not necessarily in order. Baking is my second love next to my family.

Today's delight is carrot cake with orange cream cheese topping - only it's not real cream cheese because my friend atnumber29 is allergic to milk. The topping to which I added the juice and zest from a small orange came from a well known American baking person available in most good supermarkets. This recipe is adapted from Jo Wheatley's book (the lady who won TGBBO) A Passion for Baking.

So as 2012 disappeared into the ether and 2013 is dashing by so fast it's nearly whipped my sensibilities about in unattractive ways, I decided that I should celebrate the acquisition of an iPad and thus a whole new world of being able to actually being able to commit to this blog on a regular basis and on a whim and not having to crank up the old laptop. Actually if truth be known I got the before Christmas and have been messing about on it ever since and not actually doing the things I am supposed to be doing!

So several days, ok months, after the New Year what were the best bits of 2012? It was a great year in so many ways and not just the whole Olympics, diamond jubilee fizz bang wallopy year that we all had. but it was the kind of year when you turn 40 (signal big cringe and wince), have a baby a week later, wonder why you did that in the middle of the night when said baby is crying or won't sleep for the 50th consecutive night, took baby and preschooler on a huge trip to Dallas, has Oldest One start school, deal with being back in the playground (do we really ever leave?), watching all those baby firsts again with Youngest One, the school term whizzing by so fast you feel like you're spinning and can't stop to crank open the Baileys - just to test it. In early November. This last year has caught all of us by surprise. Where did the time go? Literally.

So things that I have learnt:

1. I am possibly not as tolerant as I thought I might be.
2. Kids are seriously hard work.
3. I quite like a baileys or two, of an evening.
4. I read too many parenting books.
5. We never leave the school playground.
6. I'd still like to perfect an air of nonchalance.
7. My Youngest One still isn't sleeping through but I find that turning off the monitor helps.
8. My Oldest One is a whirlwind of emotion and activity and I struggle to keep up.
9. I am now 41 and Youngest One is now 1.
10. Time has gone too quickly so live more. 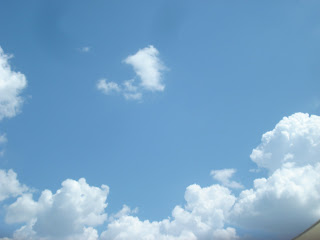