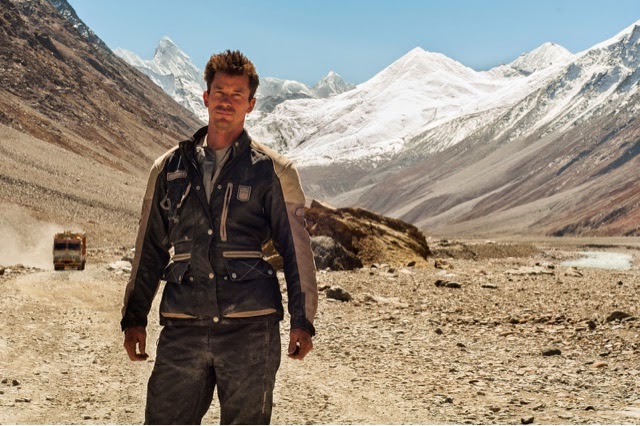 Life...we need to talk about John

I started this blog as a way to write of my experiences of family life, baking and everything else in between. But I also like to think that I would be brave enough to talk about the things that need talking about. In this case it's time we talked about John. John Cantlie that is.

As some of you may know, John Cantlie, the British hostage being held by ISIS, is a family friend. His latest video implies that it will be his last. We hope not. I have no idea what his immediate family must have been going through over the last two years, and can only speak about how I feel. Each time there is word of a new video, you expect the worst. In between, there is the checking of the Internet every day, with the accompanying feelings of dread or relief that he hasn't appeared.

Like everyone else we found out last September that he had been taken hostage again and was to feature prominently in a series of ISIS videos. Now I am the first to admit that I don't know John well, I haven't seen him for years and it feels odd to take up a cause for someone who at best is an acquaintance of mine. It could be viewed as a form of voyeurism, jumping on a bandwagon or simply getting attention out of a horrific situation but this isn't. Our experiences as humans are shaped by those around us no matter how far away or brief an encounter. Look how the public reacted to Princess Diana, those who sign petitions each day, give money to help a person they have never met or just saying good morning to the stranger on the street. When you know the person involved it becomes personal on every level. It becomes personal because we question all sorts of things about our own lives, thanking God that it isn't us, what would we do in that situation and in a case like this you can become quite defensive of the person involved.

What makes me feel so helpless is that in this time of a world wide media, with headlines given to Celebrity Big Brother or Kim Kardashian's latest haircut, no one is talking about John. There's very little TV or radio exposure. No one seems prepared to discuss the circumstances in which he finds himself. No one from the government is explaining why they are effectively ignoring him. The facebook site set up by another friend of his has under a 1,000 likes. I can't believe it isn't more. The petition set up has well under 800 signatures calling for government action yet over 100,000  people signed petitions about a convicted rapist returning to football. Where are these people, why does this not appeal to them? Why are we all comfortable sitting at home and not demanding more of our media and politicians? I do understand that no one wants to give air time to ISIS but they can give air time to John.  The internet is full of reports on the video but no reporting anywhere else on the options that might exist to bring him home.

When Alan Henning was murdered I really thought the tide might be turning but that groundswell has all but disappeared. According to all the reports Alan Henning was a great guy, a man taking a chance to help others. His murder and those of the other hostages shocked the world in a way that 9/11 shocked the world. The atrocities of 9/11 led to an invasion that a lot of people were against. A moment in time changed the global landscape forever, destabilising the region that led in part to the formation of ISIS. A million people marched in the UK, including me, and yet the government still went to war, but the principle that people protested is an important one. Why is that not happening here, where are those million people now? What does it take to make a difference? Why are we all bloody oblivious to this?

It seems to me the reporting landscape has changed. We are bombarded by tv news items on oil prices, tax evasion schemes, dress designs for showbiz awards ceremonies, whilst the evolving circumstances of a man who risked everything to report from some of the most dangerous parts of the world are carefully omitted. When I was a kid, Kate Adie and others like her were heroes to me. I wanted to be a journalist. Instead years later I now write a blog. The point however is this, without people like Kate Adie and John Cantlie we would not know of the atrocities suffered by those around the world. Our eyes would not be opened to the realities of life on Earth in all parts of the world. The scandals wouldn't be uncovered, the wrongs wouldn't be exposed. So if I can through this blog and my other social media posts raise awareness for John then I have done something. All you need to do is to check the links below, like the page and sign the petition. Then spread the word. The ripples will flow out and even a small difference will be big.

Every day we can make a difference. Start with your families, the people on your street, your friends on Facebook, Twitter and other social media. Say hello to the people you pass, help the person across the street, offer your seat, sign petitions, be courageous about the things you believe in. Keep going. It takes one person and then another to start and keep the ball rolling. We want John to come home. I will keep trying to raise awareness no matter how late it feels because I have to do something. It takes courage to go into a war zone and report. It takes sheer nerve, courage, faith and a certain amount of bloody mindedness to do it again. Let's not leave John behind. It's time we talked about John. 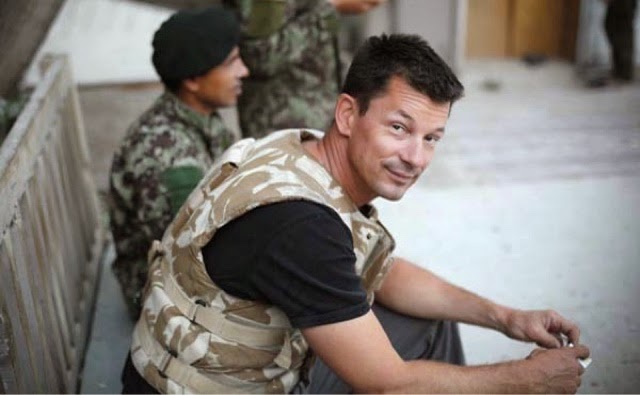